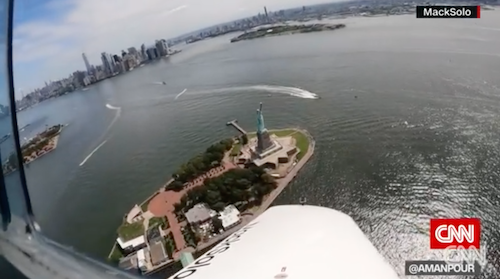 Today, 24 August 2022, Mack Rutherford, a 17-year-old British-Belgian pilot, completed his mission and became the youngest person in history who has flown solo around the world. His journey lasted 5 months and 1 day.

We are very happy that he has had a safe journey and extremely pleased that Mack decided to avoid the Russian airspace, which is the most common route when circumnavigating the globe. Being Ukraine's neighbour we feel very strongly about the war and oppose it by all means possible.

As Mack bought himself a second-hand Shark from one of our Danish customers we offered to provide him with technical support during his journey which he hasn't needed as Shark has proven once again it's amazing performance, endurance and reliability.

Shark ranks among the fastest aircraft in its category and has held world speed records for over 10 years. It reaches a maximum speed of 300 km/h, has a range of 2000 km and consumes 7 litres of gasoline per 100 km. SHARK.AERO has already produced and delivered more than 120 aircraft to 22 countries. 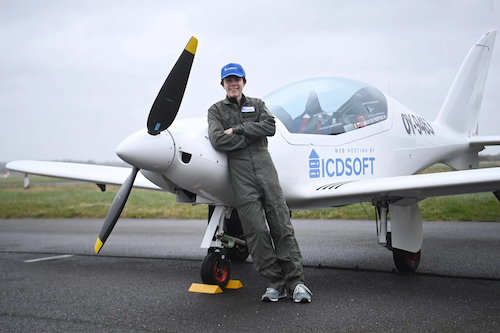 SHARK.AERO was a proud partner of Mack’s sister Zara Rutherford in her attempt to become the youngest woman to fly around the world solo, provided Zara with a Shark airplane and a 24/7 technical support. Despite Mack choosing Shark aircraft and buying himself a second hand one, we as a company decided not to become partners of the MackSolo project for the following reasons.

1. After the start of the war in Ukraine, as a matter of principle we refuse to be part of any project which involves Russia or entry into Russian airspace. Avoiding Russia would mean long legs over the sea. Mack’s Shark has only 100l integrated fuel tanks and even with an additional fuel bag in the back seat we see the journey with Mack’s Shark configuration as an unnecessary risk.
2. Mack is no doubt a skilled pilot. However, we do not feel comfortable pushing the age limit to the lowest possible point for journeys where a certain level of risk cannot be avoided. As a company we therefore adopted a policy to support such ambitious endeavours only by adult pilots older than 18 years.

Naturally, SHARK.AERO wishes Mack Rutherford a safe journey and a success in his attempt to become the youngest pilot in history to solo circumnavigate the globe.

SHARK is flying around the world 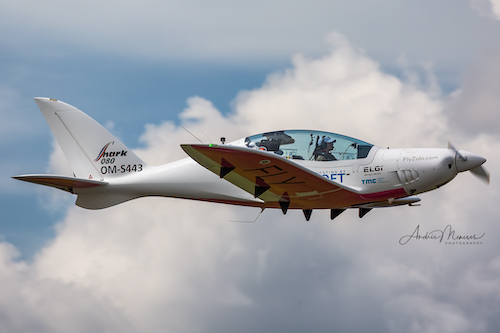 We are excited to support Zara Rutherford in her attempt to become the youngest woman to fly solo around the world. 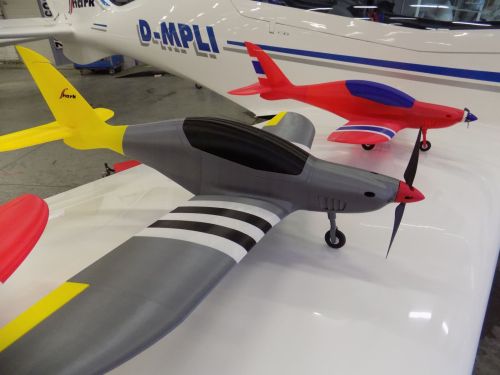 For our fans and RC modelers we created a Shark flying scale 1/8, wingspan 990 mm, take-off weight 940 g. The model is designed for a production of 3D printing technologies from PLA material. It is fully radio controlled and capable of a ten minute flight in economical operation. Control surfaces are ailerons, elevators, rudder. STL files and G-codes are available for free on our website and Thingiverse.com.